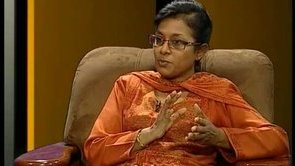 The Human Rights Commission of Sri Lanka (HRCSL) has disclosed that torture is routinely used in all parts of Sri Lanka, regardless of the nature of the suspected offence for which the person is arrested.

In a 17 page report submitted to the UN Committee Against Torture for the review of the 5th periodic report of Sri Lanka, HRCSL also pointed out that even though the Commission had requested for information from the Attorney-General’s Department on the number of indictments filed and convictions under the Convention Against Torture Act, but to date is yet to receive the requested information.

“The Commission following its appointment in late October 2015 found there have been long delays in dealing with torture complaints, with the sense these cases were not prioritised in the past, and has taken action to expedite investigations. Further, due to weak documentation and archiving systems, hamper its ability to provide greater breakdown of data. The Commission is streamlining its inquiry and investigation processes, including training for staff, mechanisms ensure staff accountability and formulating procedural manuals. To support effective inquiry and investigation the Commission is adopting measures to strengthen its documentation and archiving systems and procedures as well,” HRCSL said in its report.

The commission has also called for the amendment of the definition of torture in Section 12 of the Convention Against Torture Act and Other Cruel, Inhuman or Degrading Treatment or Punishment Act no 22 of 1994 to expand the definition of torture to all acts of torture, including those causing severe suffering, in accordance with article 1 of the Convention Against Torture.

“The Government ratified the Convention for the Protection of all Persons from Enforced Disappearances on 25 May 2016. Adoption of enabling legislation, which is required to give effect to the Convention at the national level, is still pending,” the report said.

“The complaints received by the Commission illustrate that torture is routinely used in all parts of the country regardless of the nature of the suspected offence for which the person is arrested. For instance, those arrested on suspicion of robbery, possession of drugs, assault, treasure hunting, dispute with family/spouse, have been subjected to torture. The prevailing culture of impunity where those accused of torture is concerned is also a contributing factor to the routine use of torture as a means of interrogation and investigation,” the Commission said.

According to HRCSL, usually, complainants are from low-income groups. The Commission has received complaints of persons sometimes being arrested with family members, sometimes arrests being made due to mistaken identity, and torture used to elicit information or to punish. “For example, in a case from Weligama in the Southern Province the complainant was beaten, threatened at gunpoint and taken to the police station by three policemen dressed in civilian clothing in front of his family due to mistaken identity, which was revealed when his identity card was checked at the police station. The medico-legal report confirmed his injuries,” the Commission said.